Traditionally the French Baseball and Softball Federation (FFBS) is organizing the France International Baseball Tournament Yoshida Challenge ahead of big tournaments. In preparation for the upcoming European Championship in Bonn and Solingen, Germany (Sept. 7 to 15, tickets available at www.baseball-em.de) France will face Japan in a five-game series from August 28 to September 1 in the ballparks of the Rouen Huskies, Templiers Senart and Montigny Cougars. France faces Spain, Italy, Belgium, Croatia and Austria in Pool B during first-round play at the European Championship. 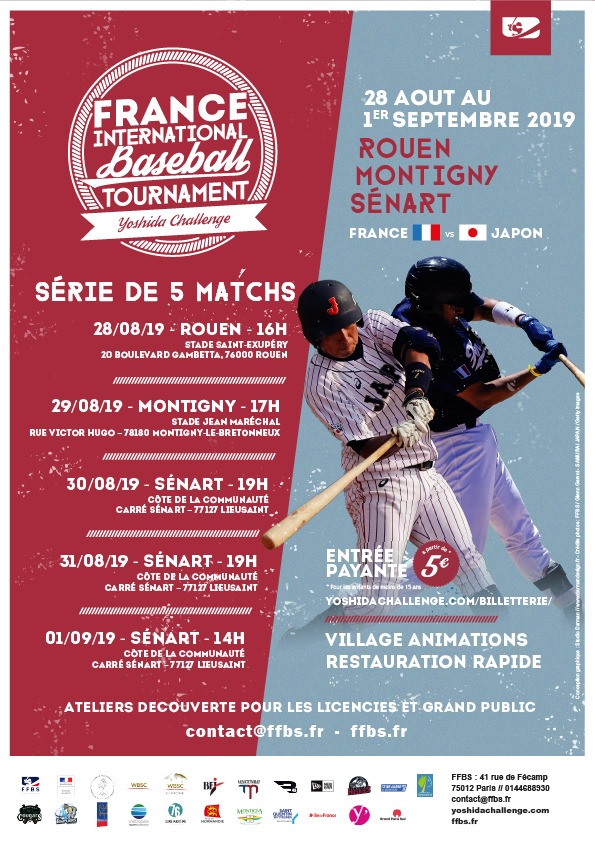