2019 European Championship to commence on Saturday 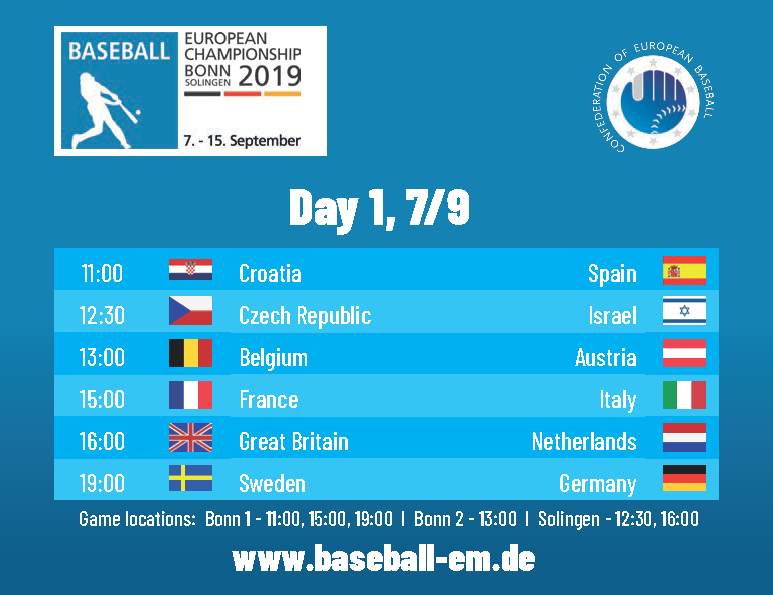 The most important European Championship since the 2007 edition will start on Saturday in Bonn and Solingen, Germany with the first six games of the preliminary phase. The top five of the 2019 EC will advance to the Europe-Africa Olympic Qualifier in Bologna and Parma, Italy.

Therefore the 12 participating nations brought their top rosters to Germany for the tournament from September 7 to 15. Group A consists of defending champion Netherlands, host Germany, not-so-secret favorite Israel, Czech Republic, Great Britain and Sweden. In Group B Spain, Italy, Belgium, France, Austria and Croatia are slotted.

Four games each day will be played in Bonn at 11am, 1pm, 3pm and 7pm, two games in Solingen at 12.30pm and 4pm. Germany is playing the night games in Bonn. The top four after the first round advance to the quarterfinals – change from the Super Round Robin in the previous editions.

All 47 games of the European Championship will be streamed live via www.baseballsoftball.tv or gametime.sport. Live play by play is available through www.baseballstats.eu.