Teams warm up for upcoming WBC Qualifier in Sydney


On February 11 the World Baseball Classic Qualifier in Sydney, Australia commences with a pair of games. The four participants Australia, New Zealand, South Africa and the Philippines have been on site, warming up for the tournament. New Zealand played a couple of exhibitions, losing 2-9 to South Africa on Saturday and defeating a team from Sydney on Monday.

The teams in that WBCQ group have some European ties. Matt Vance of the Buchbinder Legionaere Regensburg is playing for the Philippines after being the starting shortstop for Germany in the 2012 WBC Qualifier. Andy Berglund from MLB Europe is helping out the South African team. All players and staff members received their gear for the tournament with New Zealand honoring the late Lincoln Holdzkom with a #37 patch on the front of the uniform. 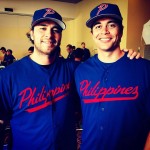 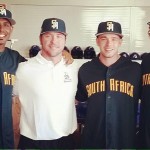 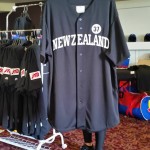