by Swedish Baseball and Softball Federation

Skövde Saints won their second straight title at the annual Swedish Softball Indoor Championship last weekend in Enköping, Sweden. In the final the Saints beat Sundsvall Mosquitoes, 8-2. The reigning outdoor fastpitch champions proved to be strongest indoor as well, despite having several inexperienced and new players on the team for this years edition. The Saints won all games in the preliminary round and had a tough time defeating Söder Black and Blue in the semifinals. After a tight game, Skövde edged Söder 3-2.

In the finals Sundsvall Mosquitoes, spearheaded by Theresia Östling and Sofia Svensk, looked strong and were going for the win, when Skövde was able to turn the game, taking advantage of a few crucial errors by the Mosquitoes team. Söder took the bronze after defeating Leksand, 4-3 in the bronze game. Enköping finished in fifth place, the Lithuanian team “Angels” came in sixth place and the newly started team Gävle finished seventh in the tournament.

For the future of northern European softball, it was very nice to see the young Lithuanian team coming to Sweden to play games. They played many close games against the more experienced Swedish teams and without doubt have a good future ahead of them. As for the Swedish teams, many used several new and young players in this tournament and with a completely new team (Gävle) the softball league in Sweden will expand to six teams in 2012. 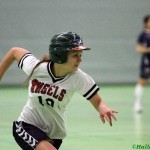 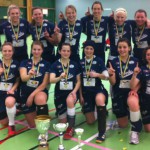 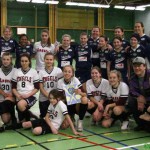 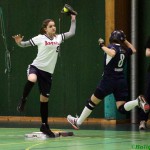