Team Europe lost a back and forth affair to CPBL on Tuesday in the bottom of the 9th inning. The game started well for Europe, as coach Gilberto Gerali’s team jumped out to a 6-0 lead by the second inning. The tide turned after Spanish starter Javier Sanchez came out of the game. In the third inning, Italian relief pitcher Filippo Crepaldi was struck in the head with a line drive and taken to the hospital.[He is fine and got away with a slightly sprained ankle]

Owen Ozanich came in and did an effective job, striking out two over an inning and a third, but Europe’s defense allowed four unearned runs and the CPBL team was back in the game. In the eighth inning German catcher Chris Howard hit a homer to bring Europe back within a run. Europe would then tie the game on a wild pitch before the Taiwanese mounted their final rally in the bottom of the ninth.

With Minnesota Twins prospect Matz Schutte on the mound, CPBL loaded the bases with one out. The final play of the game started with a sac fly to left fielder Urving Kemp, who fired home to try to preserve the 8-8 tie. A close play at the plate resulted in a safe call by the home plate umpire, only to be reviewed by instant replay, which upheld the call. The Taiwanese walked off winners in an exciting back and forth battle.

Team Europe will enjoy an off day on Wednesday before taking on the NPB team from Japan on Thursday. 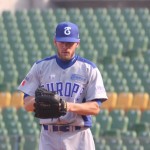 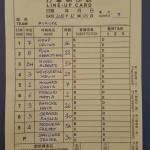 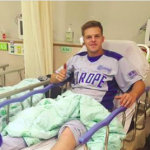 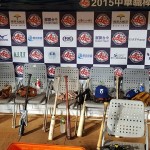