However there is still some European flavor on the team, as Steve Janssen is managing the coaching staff together with Manu Olivera, Renny Duarte, Kevin Randel and Andrea D’Auria. On the roster itself there are only a couple of players from European baseball with Rudy van Heydoorn from Verona, who has played for the Netherlands, T&A San Marino’s Erick Epifano, Leonardo Ferrini and Josh Kimborowicz, as well as Leo Rodriguez from Nettuno and Vicente Lupo from Redipuglia.

Among the other players probably Dante Bichette is best known on the team, while Nick Benedetto is also using the AWBL to score a new contract somewhere around the world.

Each of the six teams in the league will play 17 games from November 25 to December 17. 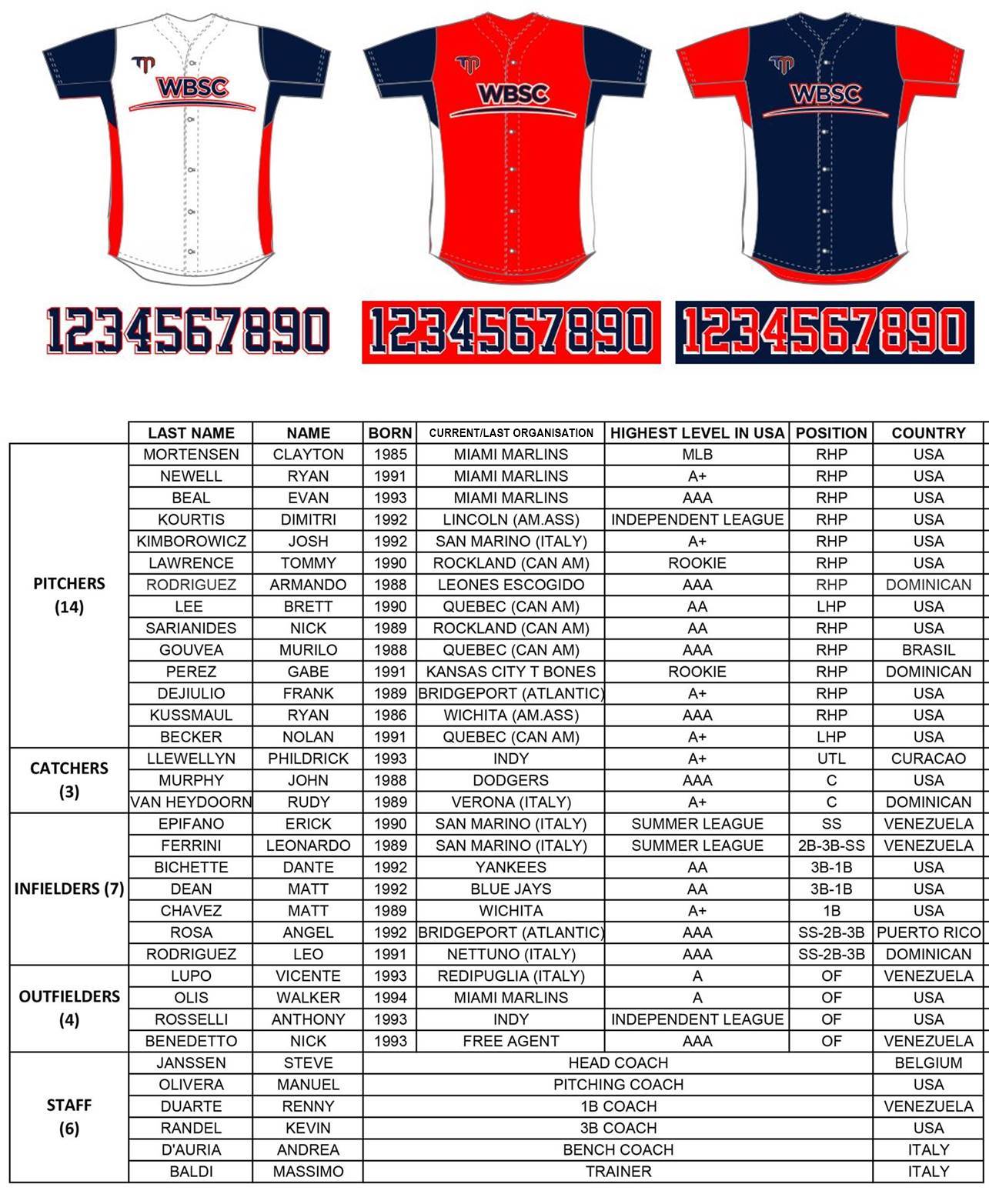 Owen in AWBL: Team Europe with Losses to KBO, CTBA despite strong Performances

Owen in AWBL: 4-4 Tie for Europe against CPBL

Owen in AWBL: Europe loses to NPB Team on Wednesday, Rainout on Thursday

Owen in AWBL: KBO squad too strong for Europe

Owen in AWBL: Teams from Taiwan shut out Europe twice

Owen in AWBL: Team Europe with Tie against KBO